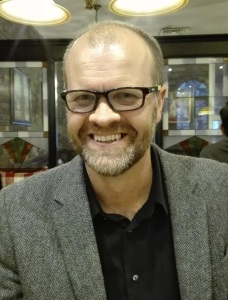 School of Chemistry, University of Bristol

Charl FJ Faul received his M.Sc. (Physical Chemistry) from the Department of Chemistry, University of Stellenbosch, South Africa, investigating the destruction of halogenated wastes by means of high-temperature pyrolysis. He then spent one year in the city of Durban, on the east coast of South Africa, in the Department of Chemical Engineering, University of Natal, investigating the use of ultrasound for water treatment (a joint project with ESKOM, the national electricity provider). He then returned to Stellenbosch and completed his Ph.D. (Polymer Science) with Prof. Ron Sanderson in 2000.

His thesis focused on the use of mesoscopically organized polyelectrolyte-surfactant complexes as templates for directed synthesis. This already brought him into contact with Prof. Dr. Markus Antonietti at the Max Planck Institute of Colloids and Interfaces (a new window will open) in 1998. After several research stays from this time on, he joined the MPI in 2001 as post-doctoral fellow. After less than a year he changed roles, and became group leader within the Colloid Chemistry Department, heading the Ionic Self-Assembly (ISA) group. He moved to the Inorganic and Materials Chemistry Section, School of Chemistry, University of Bristol in January 2005 as Lecturer. He held the position of Senior Lecturer from 2007-2012, Reader in Materials Chemistry (August 2012 – July 2015), and holds a personal chair as Professor of Materials Chemistry (since August 2015).

Charl was visiting professor in the Molecular Materials group at the Molecular Materials Group, Helsinki University of Technology, hosted by Prof. Dr. Olli Ikkala (2006 – 2010). He then held a prestigious visiting professorship from the Chinese Academy of Sciences (hosted by Prof. Zhixiang Wei, National Centre for Nanoscience and Technology, Beijing, China) in 2012. He was furthermore invited by Prof Xi Zhang (Department of Chemistry, Tsinghua University, Beijing, China) as visiting international lecturer in 2011 and 2012, and visits Tsinghua on a regular basis. Charl was appointed in October 2013 as adjunct professor at the Department of Chemistry at Tsinghua University. This is a 3-year appointment, which has been extended for a further 3-year period. He was also visiting professor at the University of Rennes 1, Rennes, France in 2018.

He was appointed to the International Editorial Board of the newly launched Wiley journal, ChemistrySelect, in December 2015.

True to his multicultural South African background, his group has always had a distinct international flavor (with members from China, Nigeria, UK, Mexico, India, Poland, Malta, Germany, Saudi Arabia, Ecuador, Thailand and Pakistan over the years!). There is a strong focus on functional supramolecular materials and polymers, and the design, synthesis and application of electroactive aniline-based oligomers and related porous conjugated materials in the group. Recent activities also include 3D printing of functional materials and soft devices. Activities span from organic synthetic chemistry through to application-driven investigations with industrial partners. Further interests include supramolecular functional arrays and perylene-based self-assembled structures.

Charl is very happily married to Jacqueline Conradie-Faul (already since 1996!), a very talented artist, art director and designer, and Director of the Bristol International Student Centre (BISC)! He is also a significant volunteer at BISC, and has, as head chef for their big events, already prepared more than 15000 meals over the last 10 years (obviously with the help of many volunteers, including the Faul Research Group)!